When Test-Fuchs GmbH, the world's leading supplier of test equipment for the aviation and aerospace industries, built a new production hall in 2012, the company also wanted to set up a future-proof tool management system at the same time. Now, after more than four years' experience with Tool Data Management from TDM Systems, it's clear that this was the right decision.

In retrospect, even the project managers at Test-Fuchs are impressed with their own courage. Back in 2012, when the decision was made to build a new production hall at the company's headquarters in Groß-Siegharts, Austria, everything was put under the microscope. "If we're going to do this, it has to be done right" was the motto, and it established many areas to work on in addition to the construction of the new building itself. Tool management, for example, was also put to the test.

"At the time, every machine operator was responsible for their own cutting tool, and performed setup work and presetting," recalls Robert Schlosser, Head of Mechanical Production at Test-Fuchs. "Where's that tool?" was the most frequently asked question. Having to  search for tools and carry out setup and presetting tasks was resulting in significant machine down times. Pioneering Tool Data Management and a new organizational structure had to be established. Schlosser: "We wanted to know which tools were in circulation and where at all times, and expected the tools to be ready when they were needed at the machine." 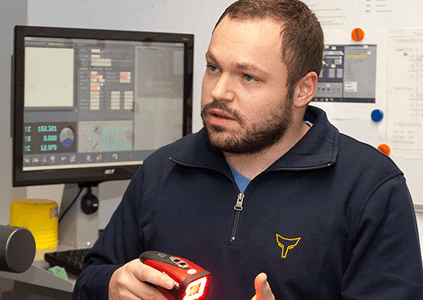 Only TDM Systems was able to offer us the range of functions we had in mind.

Up until 2012, one employee simply listed the tools in the ERP system and assigned ERP numbers to them so they at least had a minimum overview. The tools were stored centrally in tool cabinets. Employee Mario Samm, who at that time was responsible for tool management in addition to his main role as a CNC lathe operator, recalls: "We never actually knew where our tools were and, more importantly, what condition they were currently in, because the tool dispensing process was only recorded using tool removal lists and then subsequently entered in the ERP system."

It quickly became clear that  only  a  highly  professional tool management system would be able to provide real improvement. After receiving the “go” from CEO Volker Fuchs, the company looked at its options. Research was conducted, comparisons were made and reference companies were visited. "Ultimately, we chose the TDM software because we saw that TDM has the greatest expertise in tool management and favors cutting-edge continuous development."

Dino Velagic, Mario Samm's colleague in the Tool Management department, adds: "Only TDM Systems was able to offer us the range of functions we had in mind." The preparatory support that the global market leader offered was also a good fit, and so the decision to go with TDM was made in mid-2012. After the solution was purchased in August, the project team was able to start work as early as September.

This was not an easy task for either party at first, and staff at Test-Fuchs initially had great respect for this powerful software solution. But considering the large number of parts produced in-house – which requires about 4000 tool items – this was the "only right solution". Hans-Peter Sindler, TDM Consultant, acknowledges that staff at Test-Fuchs "had planned a Tool Lifecycle Management project with a high level of integration that also made demands on TDM Systems. This project included combining tool data in one system, networking with the CAM program, the presetting device, the crib, automation, two machines and a lift system." But this worked perfectly fine with TDM.
Sindler primarily attributes this to the fact that "a joint schedule was drawn up and the entire project was supervised by the Engineering department and Project Management."

Robert Schlosser thinks the fact that specialists from TDM Systems analyzed the situation and objectives in great detail before starting is one of the main reasons behind the project's success. "This process was supervised closely from the beginning until we were truly able to speak the same language; in other words, until we had agreed on the terminology." Dino Velagic believes that the biggest hurdle in the course of the project was interface problems. He claims that it is just the nature of the work and went far beyond Tool Data Management. "Adapting the interfaces took the most time; the reality is always somewhat different from what every machine manufacturer promises." His advice? Define the interfaces for any type of networking project precisely in advance. Test-Fuchs learned from this and now demands open interfaces for machine tools, even making this an essential criterion for new investments. But everything worked out with TDM in the end. Hans-Peter Sindler: "Today, the installation at Test-Fuchs is Industrie 4.0 on a daily basis"

The project team at Test-Fuchs decided for the presetting module in addition to the required Base Module. The main reason for this decision was the TDM interface, which is compatible with the presetting device already in use at the company. The interface to the crib systems was also the determining factor in selecting the Tool Crib Module. This is because this interface is used by TDM to communicate with the Kardex tool shuttle. TDM offers other important interfaces to the automation cell from Promot Automation, the ERP system from Famac and the two CAM systems from TopSolid and ALPHACAM. But TDM Systems also offers solutions for populating the data base: The TDM Data and Graphic Generator, where 68,000 manufacturer tools can be called up with a single click and which is supplemented by various TDM graphic modules, enables fast creation of 2D and 3D graphics, items and tool assemblies.

Thanks to TDMshopcontrol, even stand-alone machines can be integrated into tool circulation. TDMcontrol is perfect for tasks that need to be completed quickly. The table format enables various changes in the system to be made. The training courses that Test-Fuchs offered to their staff were just as varied as the modules themselves: Courses on system user, the Tool Crib Module, the Data and Graphic Generator and shopcontrol eased the transition into the world of digital Tool Data Management.

If a workpiece requires a new tool, Test-Fuchs starts by using the traditional procurement process and requests a quotation. Once the tool has been chosen, Mario Samm or Dino Velagic creates it in the ERP system. They enter the corresponding tool-specific geometries, the 2D/3D graphic and other data, such as the manufacturer's stock location and tool life specifications, into TDM. Then they create a virtual 3D tool assembly together with the entry for the corresponding machine, which acts as a template for the NC programmers.

There is a tool list for each NC program. This list is exported from the CAM system to TDM and provides the basis for assembly and presetting in the tool preparation process via TDMshopcontrol. The real items are assembled centrally from the crib as necessary – rather than at the machine as was previously the case – to create tool assemblies. These are then preset and made available on time at the machine before the machining process begins. The catalog cutting values can be added by machine operators, and thereby continuously optimized. NC programmers can also adjust and create cutting values, which allows further cutting data records to be added continuously for each tool. Robert Schlosser: "Even staff who have less experience with a certain tool can see application-oriented cutting values immediately when using this system." This is how TDM is developing into a know-how data base for metal cutting within the company.

Even the company's name reflects what it does: "Test"-Fuchs. The company was founded by engineer Fritz Fuchs in 1946 and has been assembling and producing test devices since the 1950s, first for the automotive industry, and then for the aviation sector. Test-Fuchs broke into this demanding industry in the 1960s through collaboration with the German Air Force.

Subsidiaries were opened at aviation hubs around the world and additional production areas, such as for the manufacture and maintenance of items for helicopters, smaller aircraft and controllers and valves for aerospace, were added. The company has focused on civil aviation for over a decade. Today, Test-Fuchs is one of the world's leading manufacturers of test systems in aircraft production and aircraft maintenance, with subsidiaries in Germany, the United Kingdom, Italy, France, Spain, Singapore and, most recently, the USA.

The company is currently being managed by the third generation of the Fuchs family, 41-year-old CEO Volker Fuchs. He is supported by CFO Armin Havlik and COO Dr. Markus Nagl. The company employs 420 members of staff, 380 of whom are based in Groß-Siegharts, and generated a turnover of 50 million Euros in the 2015/2016 fiscal year. The extremely high export rate of 95 percent proves that Test-Fuchs is a global player despite being a small to medium-sized company.

Digital tool management at TOX PRESSOTECHNIK – as... Find out more 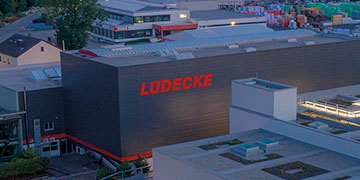 Faced with the growth of tooling data, Sandvik... Find out more